Today, Digital Stationery Consortium (DSC) announced more new members and the formation of three new working groups.  Founded by Wacom in 2016, DSC is an association with the shared mission to advocate the value of digital pen, ink and paper.

Touch Display Research had a chance to interview Mr. Faik Karaoglu, Officer of the Digital Stationery Consortium and Senior Vice President of Wacom’s Platforms and Apps Business Unit. We asked their relationship with Universal Stylus Initiative (USI), another industry association. (Here is the blog about we interviewed Mr. Pete Mueller, Chairman of USI and Principal Engineer/Senior Technologist at Intel.) Mr. Karaoglu replied that they are not competing, rather they are complimentary to each other. USI is focusing on hardware: the active pen; DSC is focusing on the software and usage cases. 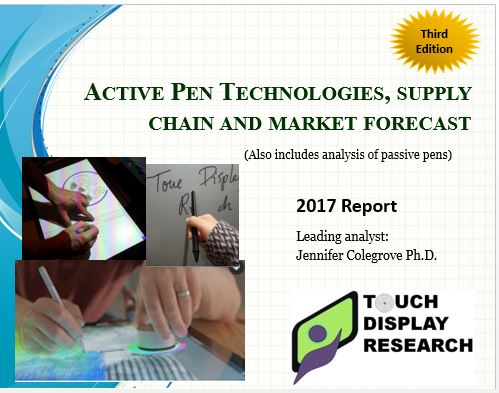