USA Today published an article about “Why you’ll need to wait seven weeks for iPhone X to go on sale”, the authors are Mr. Jon Swartz and Mr. Mike Snider. The article quoted Touch Display Research about OLED market and how Apple used the flexible OLED.

“Samsung and LG alone plan to invest about $20 billion in OLED production in the next few years, and Apple will likely make its own investments, says Jennifer Colegrove, principal analyst at Touch Display Research in Santa Clara, Calif.”

“The display for Apple’s iPhone X uses a flexible OLED display so that it can bend at the edges, helping increase the functional screen to more than 90%.” 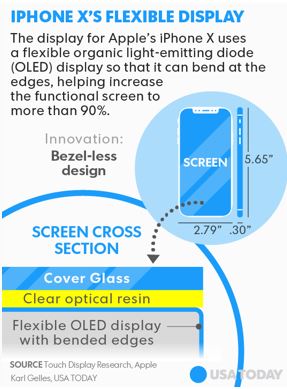 I just returned from the OLEDs World Summit 2017 conference hosted by Smithers, at the beautiful Parc 55 Hilton Hotel, in San Francisco. It was my honor to meet some of you in person. 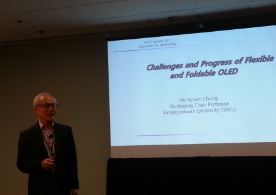 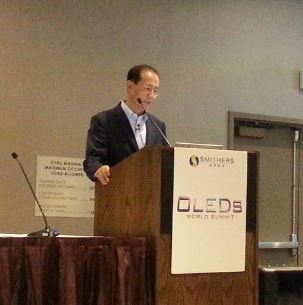 On behalf of Touch Display Research, I gave a presentation on Flexible OLED display market forecast. 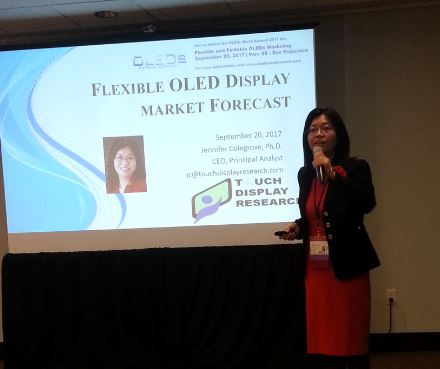 More analysis and review of OLEDs World Summit 2017 Conference can be found in the “Touch and Emerging Display” monthly report.

On September 12, 2017, Apple announced the highly anticipated new iPhones: iPhone X, iPhone 8, and iPhone 8 plus. The iPhone X is the most expensive one among all three, since it uses a 5.8-inch flexible AMOLED display, while the iPhone 8 and iPhone 8 plus use the main stream LCD. 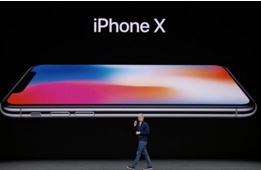 We also accurately forecasted 4K OLED TV available time, 2 years ahead. On Jan 25, 2013 press release, we announced that “Touch Display Research forecast Ultra HD (4K) resolution AMOLED TV will be on the market by 2015”. “Although AMOLED with FHD resolution is available currently, 4K is considered the high end for TV resolution, even though 4K content is still limited,” said Dr. Jennifer Colegrove, President and analyst at Touch Display Research. “56-inch 4K resolution is just 79 ppi (pixel per inch), which is easily achievable. The challenges are how to increase yield, have good uniformity, have long lifetime, and reduce the manufacturing cost.”

Touch Display Research has a good reputation of accurate forecast.

With the Apple Watch announced in Sept 2014 (available since April 2015), our forecast becomes reality in 18 months.