Recently Thalmic Labs, a start-up company based in Canada, announced it has developed a new thinner arm band for gesture control.
This week I had a chance to interview Thalmic Labs’ marketing director, Mrs. Banduk. Thalmic Labs was founded in April 2012. (www.thalmic.com). currently the company has about 50 people.
The main technologies that Thalmic has been developing are based on electromyography (EMG) sensor. When our muscles move, they generate electrical signals. An EMG sensor can translate these signals to graphic or numerical values. Eight EMG Sensors are integrated into an arm band, which they named it Myo– the middle 3 letters from electromyography. 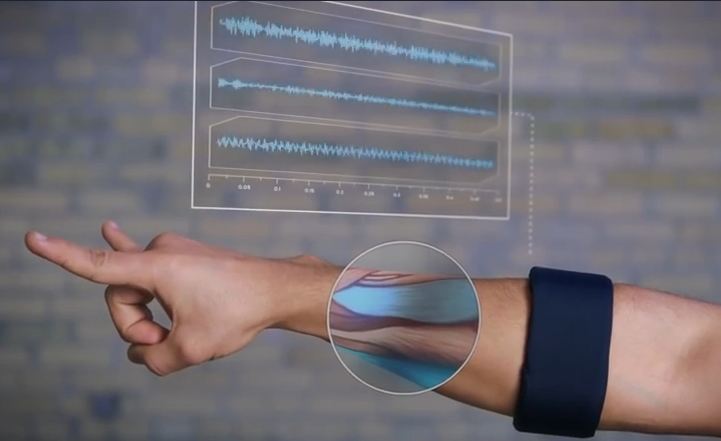 Thalmic originally planned to bring the Myo Alpha to market by end of 2013, but later decided it’s too bulky and want to improve it more.
In June 2014, Thalmic Labs announced it has developed the new Myo arm band. It’s 50% thinner than the Myo Alpha. Also they ditched the copper electrode for the EMG sensor, instead used medical level stainless steel on the new Myo. This is wise, as we covered several months ago, Fitbit’s smart watch, named Force band, caused some users to have rash on their arms after they wear it for several days. Fitbit had to re-call thousands of them.
More analysis and comparison of 5 gesture control technologies will be in our “Touch and Emerging Display” monthly report. You can subscribe to the report right now on this website.