Yesterday, Apple announced its “best iPad ever” –the iPad Air, and the retina display iPad mini.

What technology made the iPad Air so thin and light weight? Touch Display Research believes the main contributors are

Touch Display Research believes the iPad Air used the GF2 (Glass Film with double side transparent conductor) touch structure, compare with the GG (Glass Glass) structure used in the previous iPad. Change one pieces of 9.7” glass to film, Apple could save 0.5mm to 0.8mm in the thickness, and save 0.1 to 0.3 pound in weight.

We also believe the display and touch screen in iPad Air have a narrow bezel than the previous iPad. This contributed to the light weight as well. 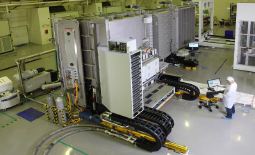 More analysis and IGZO display roadmap can be found in our Touch and Emerging Display monthly report.

Samsung’s curved OLED display mobile phone is finally official. The name is Galaxy Round, which will be available in South Korea market from October 10th for $1013.

As we covered last month, Samsung’s head of mobile business marketing, Mr. Lee, announced they are planning to launch a mobile phone with a curved display in October, but gave no specifics on the display. Now here is the spec,

Back in August, in our “Touch and Emerging Display” monthly report, we’ve reported that TPK will produce silver nanowire type film touch panel by end of this year.

The interesting thing of yesterday’s news is that NISSHA also joined it. NISSHA has been producing ITO film touch panel before. 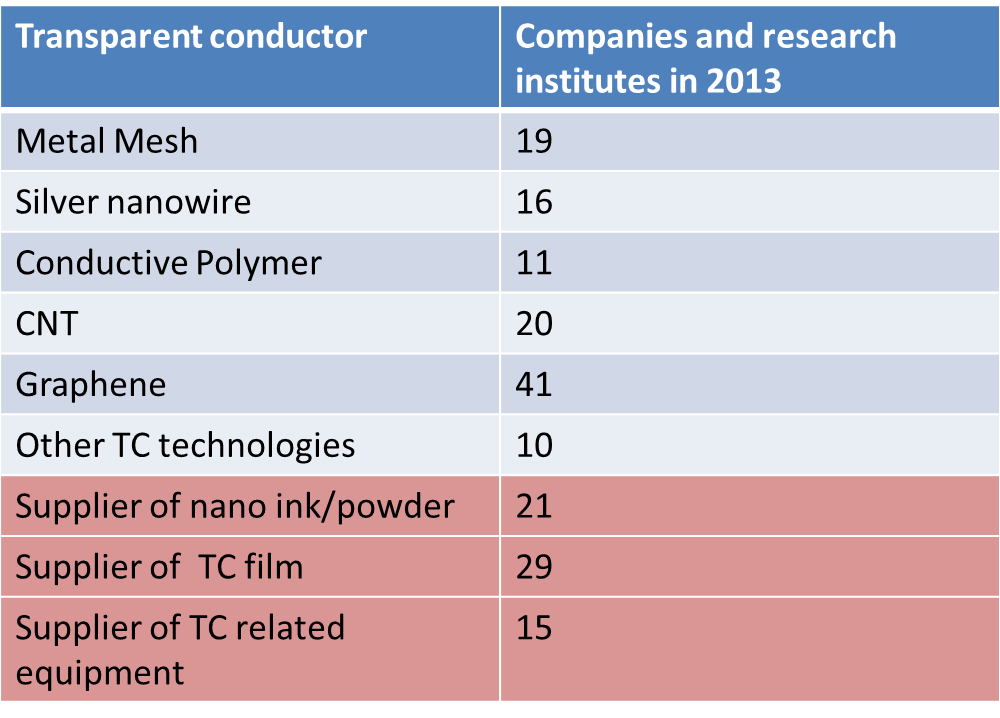 This week Korea news chosun.com reported a rumor that Apple’s iWatch will adopt a “plastic OLED”. It quoted an “industry source” said “Apple is developing three different models of the iWatch — a 1.3-inch, 1.4-inch and 1.5-inch prototype”.

Back in June 2013, Touch Display Research has forecasted that Apple will adopt AMOLED within 18 months.

Some of our industry friends asked me which company might be supplying plastic OLED to Apple.   It is very challenge to get Apple’s insider information, but Touch Display Research believes that 7 companies could be the potential suppliers of flexible curved OLED display: Samsung Display Corp, LG Display, Futaba, AUO, Innolux, Sharp, NVO, etc.

As we covered last week, Samsung has announced to release a mobile phone with curved displays in October 2013. Here are the possibilities for Samsung’s curved display technologies.

I met Vico, Simon and Johann in California recently, the marketing team of O-Film, and the one-hour meeting turned to two hours. The team is very knowledgeable on the touch screen industry. O-Film is headquartered in China with sales offices worldwide. Their touch panel products include ITO-film type touch panels, metal mesh film touch panels, and One-Glass-Solution (OGS). 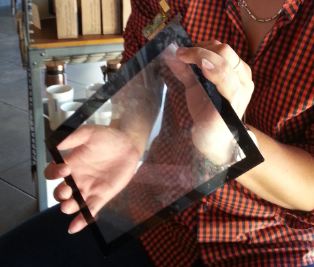 Many Taiwan touch suppliers consider O-Film a strong competitor, since O-Film has recently landed orders from not only Chinese but also Taiwanese ODM/OEMs.

I asked O-film if they have met with companies in Silicon Valley such as Apple, HP…. They smiled and said, “Whatever companies you can think of, we’ve talked to them.”

Touch Display Research believes that high conductivity transparent conductors could fit best on large size projected capacitive touch panels. We forecast the ITO-replacement market will grow to about $4 billion by 2020.

More analysis about O-Film can be found in our ITO-replacement report and Touch and Emerging Display monthly report.