As we covered over a year ago, startup company Qeexo has software to detect if it is finger touch, or knuckle touch, or nail touch, or pen touch.

Qeexo was founded in September 2012. In May 2014, Qeexo announced it raised $2.3 million series A funding, led by Sierra Ventures. 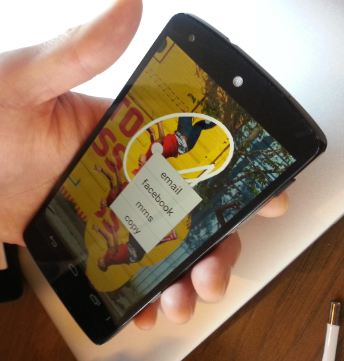 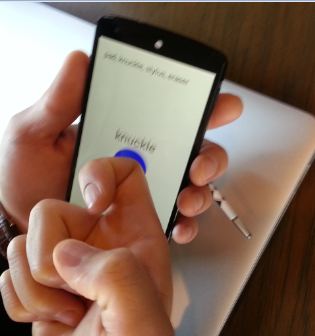 More analysis of Qeexo’s technology and touch panel progress can be found in the “Touch and Emerging Display” monthly report.

Although Oculus didn’t report how much they paid for this acquisition, rumors hold Oculus spent $60 million.

In the past, Pebbles has received a total of $11.5 million from investors.  This Oculus acquisition is a handsome pay off for the previous investors. 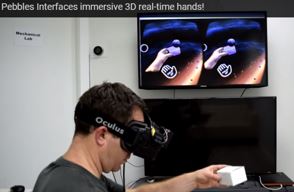 From mobile phone to automobiles, from digital signage to home/building automation, from notebook PC to wearable devices, touchless human-machine-interaction is gaining momentum. 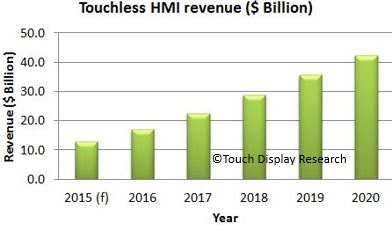 As we covered before in Touch and Emerging Display monthly report, UniPixel bought the Atmel’s XSense business and facility in Colorado in April 2015.

On April 27, 2015, Kodak announced it is committed to moving forward independently with development of copper mesh touch sensor technology, following UniPixel’s decision to withdraw from joint activities with Kodak.

“We are pleased to have full control over the technology development program and excited about the business opportunities ahead. We expect to have products based on this technology in the market before the end of this year,” said Philip Cullimore, President – Enterprise Inkjet Systems Division and Micro 3D Printing & Packaging Division.

UniPixel and Kodak signed partnership agreement back in 2013. But after about 2 years, the partnership broke up.

More analyst about Kodak touch sensor technologies, supply chain and business will be in the “Touch and Emerging Display monthly report”, July 2015 issue.