In the weekend, I read a famous consumer electronic publisher’s article about the 105-inch curved display at CES; it indicated they are curved OLED screen:

Figure: Image of the publisher’s statement about 105-inch curved display

That statement is wrong. Both LG and Samsung showed several curved display at CES 2014, but the 105-inch curved displays are LCDs, not OLED.  The largest curved OLED demonstrated is 77-inch so far (not count the type that tile many OLED displays together). It’s a bit of heartbreak to see that this famous consumer electronic publisher spread the wrong information.

As I wrote in our mission: I’m concerned about these people and the people they advise. I feel as a Ph.D. and experienced technology analyst, I have the responsibility to provide to my clients correct knowledge, up-to-date information, forward-thinking analysis, and best business strategies.

Touch Display Research has published CES 2014 analysis report in January, it provided detail analysis of all the curved LCDs and curved AMOLED.

Today both LG and Google announced their upcoming smart watch: LG’s is called G Watch with a rectangle flat display. Google’s is called Moto360 made by its Motorola Mobility division, (which will be acquired by Lenovo in the near future, but the acquirement is still not finalized yet.) 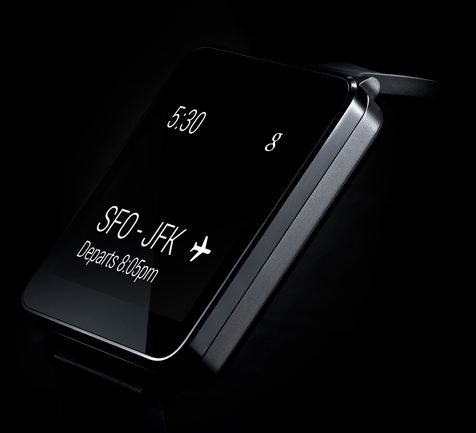 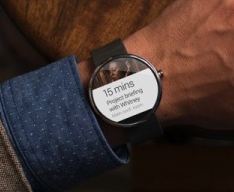 The Moto360 has a round flat display, which is unique. On the other side, LG’s G Watch has a common rectangle flat display. LG indicated they’ll announce the spec in a few months. As we covered before, LG has released G Flex mobile phone with a plastic curved AMOLED display in 2013. The fact that LG didn’t use a curved display on the watch is very strange, this indicated their curved AMOLED display capacity is still small, or yield is still low.

Samsung claims the Gear Fit is “the industry’s first curved, super AMOLED wearable device”. I think that is correct.

Touch Display Research is very glad to announce that we just joined FlexTech Alliance and become their new member.

FlexTech Alliance has been providing tremendous amount of help to Touch Display Research since we established over one year ago.

We look forward to growing and contributing to FlexTech Alliance. FlexTech’s website is www.flextech.org.