I just returned from the Quantum Dot Forum 2019 conference hosted by Smithers, at the beautiful San Diego Marriott La Jolla, in California. It was my honor to meet some of you in person. 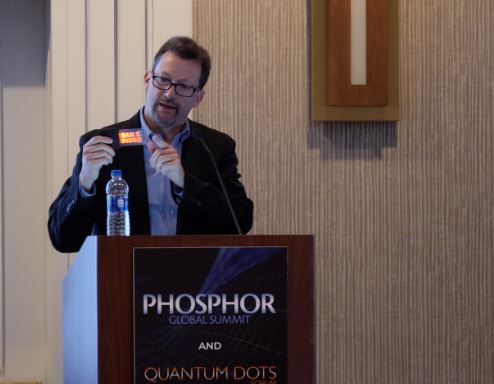 On behalf of Touch Display Research, I gave a presentation on Quantum Dot and Micro & Mini LED Market Opportunities. 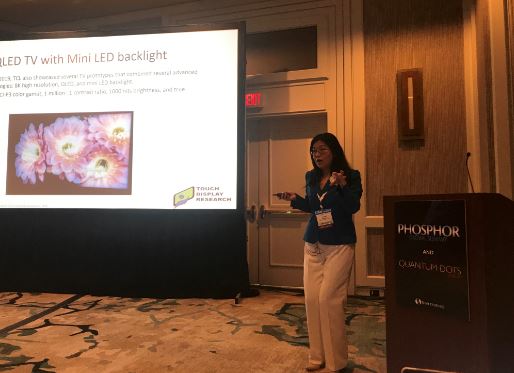 This conference also have many exhibitors. More analysis and review of Quantum Dot Forum 2019 Conference can be found in the “Touch and Emerging Display” monthly report.

Today is the first day of IFA 2016 exhibition taking place in Berlin.  Samsung created a stunning booth with Quantum Dot (QD) technology based on dozens of SUHD TVs.

At the Samsung’s press conference, Mr. Jason Hartlove, President & CEO of Nanosys joined Samsung’s Video Display Europe Vice President Mr. Michael Zoeller on stage as a guest speaker. Mr. Hartlove revealed Quantum dot is among the most stable and reliable display materials available anywhere on the planet, enabling superior performance and more environmentally-friendly displays with an extraordinary lifespan. Such is the company’s confidence in the reliability of Quantum dot, Samsung announced a new 10-year warranty for its SUHD TVs with Quantum dot display, protecting consumers against the effects of burn-in for an entire decade.

Figure 2. Samsung and Nanosys at the press conference stage 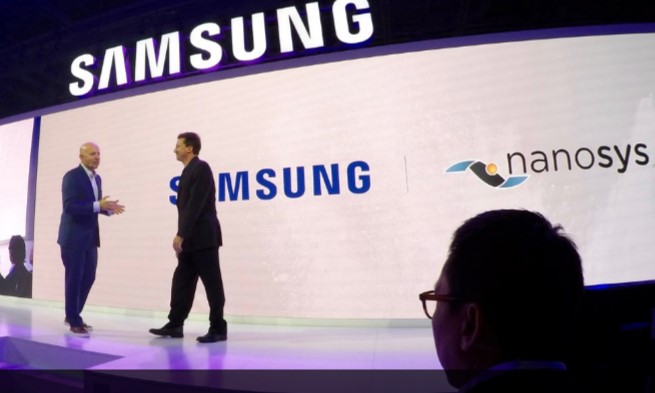