Reasons to pick these reports:

(We’ve updated our privacy policy and terms of use. Our free newsletter is to help you “in the know” of the new trends and technologies. If you don’t want to receive our newsletter anymore, please feel free to unsubscribe by using the button at the bottom of this newsletter. We’ll remove you. Thank you.)

According to Touch Display Research, more than 40 smart speaker models are already in the market. In the recently published Voice Command, Voice Translator, Smart Speaker Technologies, Supply Chain and Market Forecast 2017 Report, we compared them side-by-side in one page in the excel database. The 10 key characters of an ideal smart speaker is provided in the report. 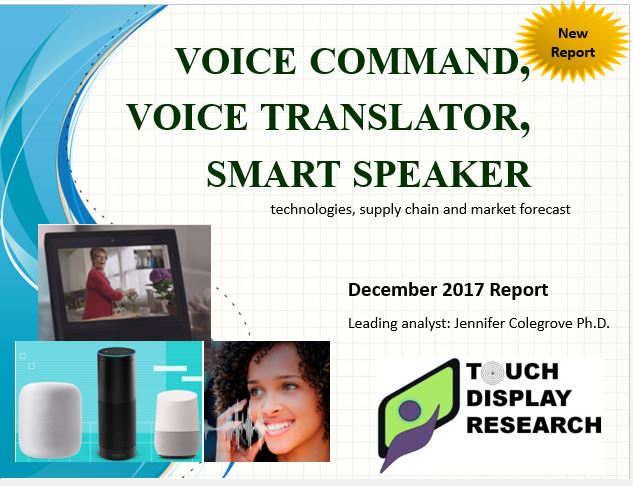 More than 300 companies working on voice recognition/ voice authentication/ translation are profiled in the report.

We analyzed voice recognition in 11 applications with detail market forecast for each application category.

I’m at the raining Las Vegas for the CES 2018. (Rain is very rare at Las Vegas, but rain is good for this region. But it sure caused slow traffic.) Today is the first day of the exhibition, while yesterday was a whole day of press conferences.

Clearly, voice control/voice recognition is the number one trend of this year.

Although Apple’s HomePod is delayed to early 2018, more than 40 smart speaker models are already in the market or announced. We compared them side-by-side in one page in the excel database of the “Voice Command, Voice Translator, Smart Speaker Technologies, Supply Chain and Market Forecast 2017 Report”. 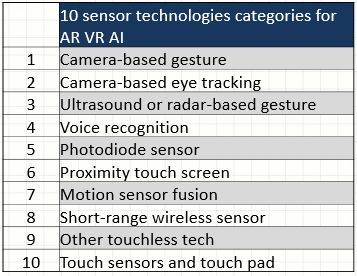